Well, friends, ready for another selection of high quality literature. This time we have the science fiction genre. Not all of the novels listed are pure science fiction, but they have all received the highest praise from critics, and many have won prestigious literary awards.

Debut science fiction novel by an American author. The novel has won a number of prestigious awards, including Hugo, Nebula, and Locus. The novel opens a series titled “Radch Empire,” which includes 2 more novels. The novel is set in the distant future. Virtually all the colonies of Earth, the existence of which is virtually forgotten, are united into an empire called Radch, governed by Anander Mianaai. The warships of the future are controlled by officers, and for the rest of the work are used the bodies of criminals who have had their personalities completely erased, instead of which a copy of the ship’s artificial intelligence is loaded. All bodies are permanently connected to the onboard computer, controlled by it. However, each body retains some personality and even acquires a number of habits. The protagonist of the novel was part of the Toren Justice ship, but it was destroyed and only one body with the code number 1-Esk-19 survived. She now uses the name Breck and her goal is to find out what happened to the ship and get revenge. Check my work by a link

The debut novel by American author Andy Weir. It was included on Publishers Weekly’s bestseller list for 2015. The novel won Andy Weier a Hugo Award for Best New Author, a Sayoun Award, and several other awards. Fiction World magazine named The Martian the best sci-fi book of 2014. There’s no need to talk about the plot, because everyone already knows it very well thanks to the movie.

The year 2045, the world is in ruins. Because of the Great Recession, the world economy is in a state of decline and stagnation, and there is a global shortage of resources. At the same time, the Internet and game culture have reached unprecedented heights with such a creation as OASIS – Ontological Anthropocentric Visual-Immersive Simulation, an online multiplayer game created by James Holliday and Ogden Morrow. Holliday leaves a will before his death, according to which he put three keys and a “passphrase” in the game. By finding them and walking through the mazes of OASIS, the player gets his entire multi-billion dollar fortune. The battle for the grand prize begins immediately after the announcement of the will, but several years later no one has ever been able to find the first clue. In 2012, the novel won the Alex Award from the American Association of Junior Library Services and the Prometheus Award. In 2018, the book was adapted into a movie.

It was called “Vera,” an alien spaceship that once destroyed the Shahran Empire. Three hundred years later, the Vera returns, this time threatening the Commonwealth, a nation of humans uniting many star systems. Facing the brink of death, humanity relies on its secret weapon – the deadly Outsider-class cruisers. Elegant and beautiful on the outside, but ugly and strictly functional on the inside, almost all of them bear the names of murderers and maniacs. These vessels were designed secretly, assembled in remote corners of the galaxy and sent off without ceremony. On them serve specially selected people, too crazy and dangerous to live in society, but too outstanding to be disposed of. And now one of the “outsiders,” the ship Charles Manson, is taking the fight where “Faith” once won, in the Shahra system. Outcasts and psychopaths, those despised and feared throughout the Commonwealth, become its only hope, for only they can challenge and perhaps defeat the Faith. John Love has combined the genre’s established tenets with his own prowess, resulting in a powerful space-opera parable about life in the universe, Moby Dick or the White Whale, starring as the whale an inexplicable and majestic alien ship that has no equal. At least, not until I met Charles Manson.

The novel was nominated for a Hugo Award, a Locus Award, and a John W. Campbell Award. The plot is based on humanity’s contact with aliens. The year is 2082. An alien object appears at the edge of the solar system. In order to investigate the object and establish contact, the ship “Theseus” is sent. In the Oort cloud, a ship of aliens from another star system is discovered. However, contact with strangers was not the same as people imagined … Exploring the aliens, the crew of the “Theseus” comes to a paradoxical conclusion: the aliens are intellectually superior people, but do not have a mind in human understanding, do not have consciousness and do not see themselves as individuals. And the radio signals circulating around the Sun – earthly radio and television broadcasts, all the content of which is based on the natural concept of consciousness for humans – look like information garbage, a diversion designed to cause damage to the receiving side. Excellent solid science fiction. It describes reality using different areas of science, creating a colorful pattern of what is going on. A very rich involvement of different materials.

An unexpected disaster has struck our planet – an unknown virus that kills people and makes corpses come to life. It would seem a classic zombie apocalypse plot, but the devil is in the details. The novel is a hybrid of a non-fiction catastrophe and a war chronicle. The plot is presented as a series of reports with people of different nationalities, age groups and social status. The main character travels around the world and interviews people who were participants in those terrible events. They describe their stories of survival, each of which deals with the loss of their loved ones. All of these stories are collected by a representative of the UN, whose goal is to write a report that gives the most complete picture of the events that occurred. The story begins with China, where Patient Zero was recorded. The book touches more on society and social issues than the topic of zombies itself, and that is its profound meaning. The scope of the author’s thought is astounding, and the feelings and experiences of people from different cities and countries are described in such detail.

“Spin” is a trilogy in which we are told about the earth of the future. Our planet in this time is surrounded by a barrier that changes the course of time. What is an hour to Earthlings is a million years to the rest of the universe. The barrier is called “Spin.” After “Spin” falls, a portal arch appears on Earth, leading to another planet. In the second part of the trilogy, we learn about nanomachines, called hypotheticals, which fall to the planet’s surface with a certain periodicity, causing the collapse of civilization. The last part of the trilogy continues the storyline of the two characters in the second book, transported 10,000 years into the future. It is both a large-scale NF epic and a story of human relationships. The characters in the novel are written out very vividly, with problems and experiences. The novel received rave reviews from critics and the Hugo Award – an award given for the best novel in the science fiction genre. 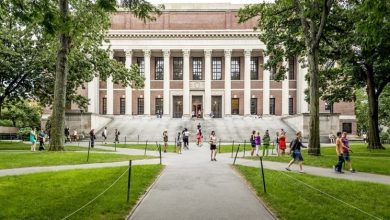 Don’t Pursue Your Title IX case Yourself- Hire an Attorney 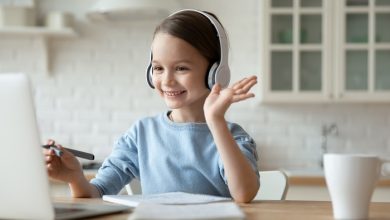 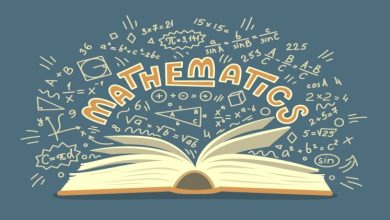 How can I Beginner Prepare for RRB NTPC exam?